While it’s not possible very often, people do surf in Birch Bay

While Westport, Washington is the spot for consistent waves year round, many people are surprised to learn that there are surfable waves in Birch Bay 10-15 times a year. While these waves are almost always small (1ft-2ft) and often only break for 1-2 hours, there have been some larger (3ft-4ft) days in previous years. It’s very hard to predict when there will be waves in Birch Bay so most days of the year surfing isn’t possible.

The most popular spot to catch waves is in the middle of Birch Bay State Park (at the point). There are also people who surf on the other side of the bay near Birch Bay Villages or South of Birch Bay near Cherry Point.

While prone surfing is possible on bigger days most surfers in Birch Bay ride SUP’s as they can more easily catch the smaller waves. Sometimes you’ll also find Surf Skis, Kayakers, and Kiteboarders out enjoying the waves as well.

What causes waves in Birch Bay?

Waves in the bay are generated by strong winds (20+ MPH) out of the SW, W, or NW. The strongest/largest waves occur when wind swell combines with an incoming tide.

The water in Birch Bay can be cold so you’ll see surfers wearing wetsuits year-round. Additionally, surf in Birch Bay is generated by high winds which can make for hazardous and unpredictable conditions suitable for only advanced surfers. There are no lifeguards so surfing is always an “at your own risk activity”.

You can check to see if there are waves in Birch Bay on the webcam – https://birchbaywa.org/webcam/ 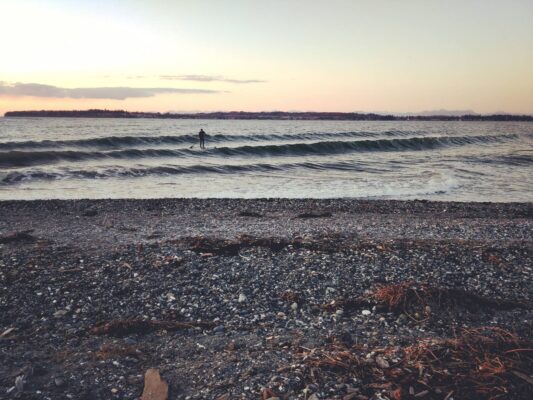 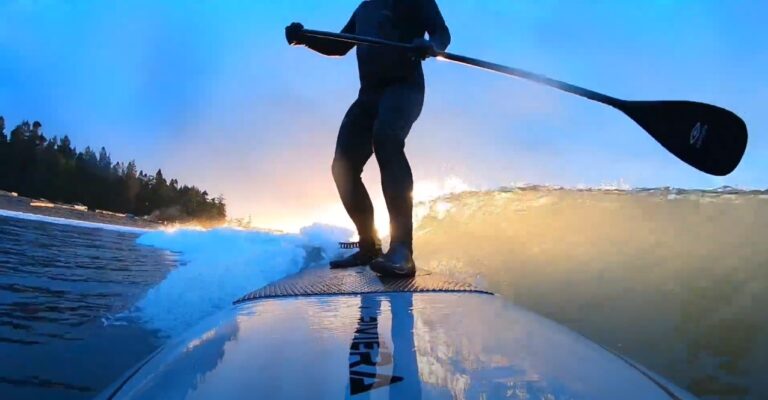 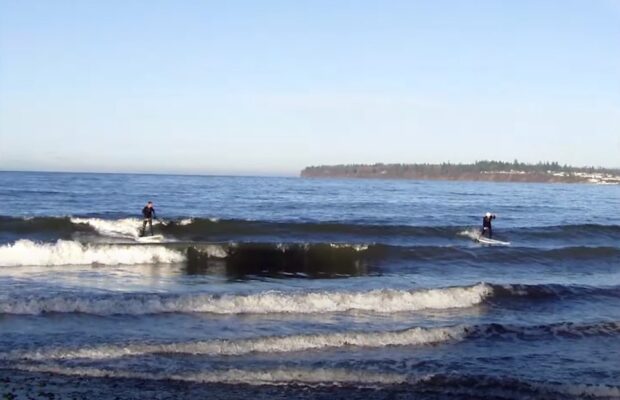 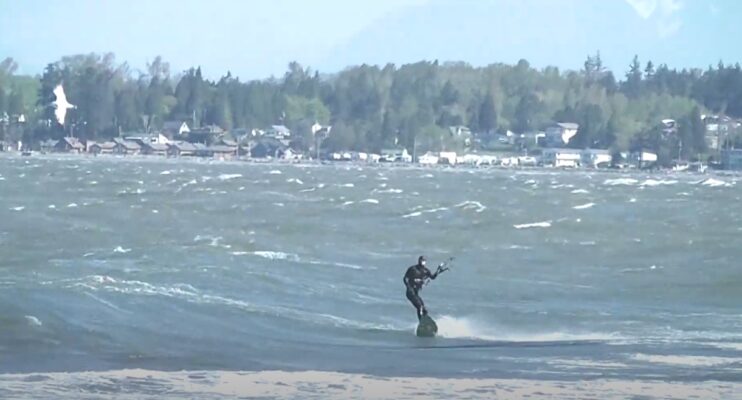 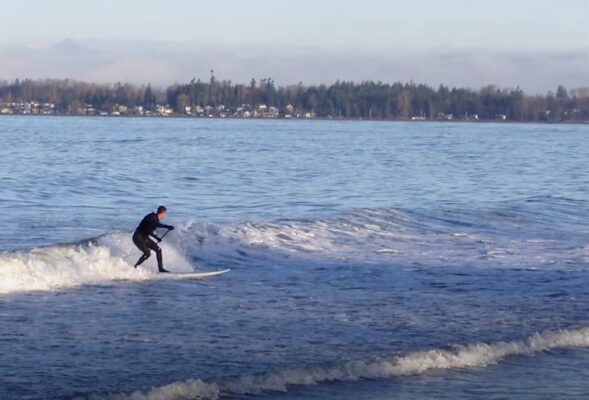 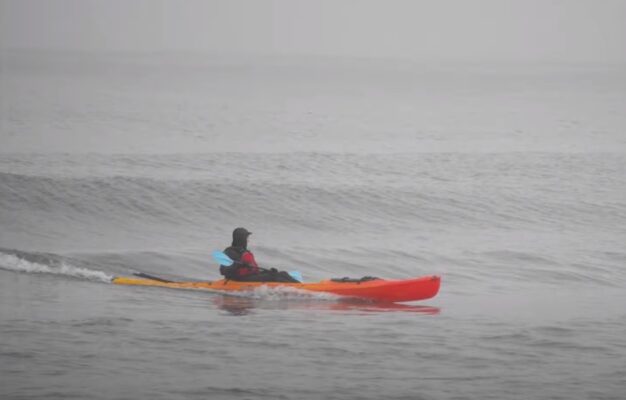